OPINION: Toronto cannabis retailers are finally here – but the black market is here to stay

It’s a pot-smokers paradise come true! Our nefarious days of buying marijuana from black market dealers have officially come to an end. No longer will we have to purchase our bud through the hidden alleyways of Toronto’s underbelly – but instead through the beautiful glass doors of one of the city’s five government-certified cannabis retailers.

The Hunny Pot Cannabis made history last week, becoming Toronto’s first operational cannabis retailer, while last Sunday’s opening of Ameri marked the city’s second. Lineups stretched for hours around Toronto’s newest pot shops, with some customers going as far as camping out overnight for the day one madness. I myself had the opportunity to partake in the Hunny Pot craze– and it was quite magical.

As you walk into the otherwise stunning store, an aroma of fresh cannabis embraces you like a warm summer’s breeze – a decadent collage of flavours takes hold of your senses, creating an immersive environment spread out across the store’s three levels. Every customer receives their own personal budtender (yes that’s what they are called) who caters to your every question and need through a visually-stunning tablet point of sales system. After selecting from dozens of different strains of marijuana, the sale is finalized with a question that truly brought tears to my eyes – “will that be cash or credit sir?” I wasn’t there when man first discovered fire, but I imagine that feeling was relatively similar. As I tapped my card, and finalized my purchase, I was reborn a new man – a legal man! And I let the world know it, as I proudly hoisted my legal weed into the sky to the sight of dozens of onlookers.

So now that we have official retailers in Toronto, what happens to our beloved black market dealers? Certainly they can’t stay operational – they are after all, operating illegally. Will police prepare to conduct a massive city-wide crackdown on the remaining illicit storefronts. Perhaps the Ontario government will allow them amnesty until new licences are available? Will stores voluntarily halt their business until the process runs its course?

The answer – none of the above.

The imminent removal of the remaining illegal dealers would fulfil the government’s promise to successfully end the illicit selling of recreational cannabis in Toronto. It would be the beginning of a new chapter of safety, convenience, and profitability for the city – and there is definitely a strong political mandate to do so. Unfortunately for our friends down at city hall, despite the claims of many, there won’t be any police raids happening any time soon. The cannabis black market will continue to provide all my marijuana-related needs; and that pretty much makes the government’s retail stores kind of pointless – right?

Is there even a point? Retailers set new lows for getting high.

Earlier I recapped my otherwise lovely experience at Hunny Pot; however, the same can’t be said for others that stood an hour and a half in line with me. Even before we entered the store, the flaws of the government’s current retail system were showing. During my time in line, I conversed with a gentleman about my curiosity regarding what strands of marijuana would make it onto store shelves. He was an experienced pot smoker who came all the way from Ajax to try out Hunny Pot Cannabis. Since only federally-licensed producers can supply these new stores with product approved by the Ontario Retail Corporation, I had my doubts they would have a strain strong enough to meet his “needs.”

As we approached the check-in counter inside the main lobby, it only took a moment to confirm my suspicions. The once enthusiastic-look on his face, quickly turned to a dark look of disgust. “You guys don’t have Moonrock,” he said. “How about Shadow? No!” He proceeded to list additional types of cannabis, each time receiving the same answer. Hunny Pot Cannabis’ highest level of tetrahydrocannabinol (THC)in a strand of marijuana is currently 27 mg – definitely on the lower side of the spectrum if I say so myself. To put what this gentleman was looking for into perspective, a strand of Moonrock is roughly 50 mg of THC. Ultimately, he had waited nearly two hours in line to leave with a couple grams of average sativa, made for a lightweight like me. And as he exited the store, he summed up his experience with one single phrase that echoed throughout the store – “I should have just called my dealer.”

Now don’t get me wrong, as more and more retailers open their doors, I suspect people will gravitate towards them – but first they have to open. Only ten of Ontario’s planned 25 stores were ready for the April 1 launch date; a dozen cannabis retailers that failed to meet the launch date were financially penalized with a $12,500 draw down on their $50,000 letter. Stores unable to open by April 15 will see another deduction of $12,500, while stores who fail to start selling cannabis by April 30 will see their remaining $25,000 deducted by the province. When Toronto’s remaining retailers open, consumers won’t be forced to wait two hours in line. And sure – if the quality is there, the merchandise expands, and the price isn’t too steep, then black market dealers might lose more customers than they are comfortable with, but is that going to deter me and others from going back to our illegal dealers? Absolutely not.

Like the experience of many that I witnessed first-hand at Hunny Pot Cannabis, consumers at Ameri found themselves in a similar predicament. They too were frustrated and disappointed at the lack of variety offered by their legal cannabis retailer. A cannabis user named Kevin Nicol gave his comments to Global News, where he eloquently said, “if you limit the choices for people to come and get their meds or what they need to consume, they’re just going to look elsewhere.” Sound familiar?

After my trip to Hunny Pot, I took a detour to my favourite illegal hotspot, Allevi8. During my brief visit, I saved myself nearly an hour and 45 minutes of time compared to Hunny Pot Cannabis. I had access to the same add-ons and accessories that most cannabis stores have; the edibles and cannabis I purchased had a much higher concertation of THC, and they were incredibly cheaper. According to Statistics Canada, Torontonians currently pay an average of $7.45 on average per gram of weed, which I can say is quite accurate. Compare that to government retailers who charge roughly 30 per cent more – plus tax! Business was booming at Allevi8, and employees showed no signs of worry in the wake of competition from Toronto’s official retailers. One employee I talked to wasn’t even aware that the cannabis retailer Tokyo Smoke, could possibly open its doors right down the street from their location. Outside of the newly-installed electronic security door (one that can only be opened from inside), things were business as usual.  How can retailers ever hope to compete with that?

The playing field isn’t fair. Illicit dealers face zero government regulation, no fees or penalties (outside of being criminally charged), they can charge what they want, and they can sell what they want. The existence of a black market inevitably makes “official” retailers utterly meaningless.

Much was made of these highly-anticipated cannabis stores. There was talk about this being the “beginning of the end” for illicit dealers – unfortunately, the approach they took ended up souring the final product.

Limiting the number of available licenses to five… for a city of nearly three million people was not a good start. Follow that up with the implementation of a lottery system to determine license winners – which made it possible for any average joe with $75 to apply for a highly-coveted cannabis retail license. This practice angered many pre-existing businesses, who were under the impression that they would be hand-picked to receive licenses by the Ontario government – many even halted their business in anticipation.

Truth be told, if I was someone with years of experience in the cannabis industry, and someone with absolutely no skin in the game had the same chance of winning a retail license as me – I would be pretty upset too. According to the Alcohol and Gaming Commission of Ontario’s website (AGCO), the Ontario government wanted to open stores in phases, and outsourced the job to the AGCO “due to a shortage of legal cannabis supply from federally licensed producers.”

The Ontario government has shown that it is willing and capable of shutting down illegal cannabis operations. In 2017, there were nearly 100 illegal storefronts in Toronto, compared to the mere dozen or so remaining today. Last week three MMJ Cannabis storefronts were raided by police in Hamilton. A media release from the OPP stated the raid was part of an enforcement strategy to “dismantle organized crime groups, eliminate the illegal cannabis supply, remove illegal cannabis enterprises such as store fronts and online, and target the proceeds of crime and assets.”

Four days ago, in an interview with CBC Toronto, Mark Sraga, the director of investigation services for municipal licensing and standards said, “we are starting an aggressive enforcement action [which will continue] for the foreseeable future.” According to Sraga, law enforcement intelligence suggests there are 20 illegal cannabis stores still operating within the city; however, the problem is not closing stores down, but keeping them closed permanently.

Canna Clinic dispensaries were notorious for being raided one day and reopening the next. I walked into Kensington Market’s Canna Clinic countless times to purely ask employees, “weren’t some of your stores raided last week?” My question was rhetorical of course – I was trying to come up with an explanation for how a store could be raided and shut down by RCMP, have it’s product seized and employees arrested, and still reopen for business the next week – and they’re not alone. On October 20 last year, Allevi8 was raided and closed by police, but today business couldn’t be better.

Police know this will inevitably turn into a game of cat and mouse that they do not have the resources to win. The honeymoon phase for Hunny Pot– and all Toronto retailers for that matter – will come to an end soon. The thrill of legal cannabis will wear off, and customers will no longer feel an incentive to stand in line for hours just to be “a part of history.” When push comes to shove, and official retailers are put up against the black market, they will lose, because people aren’t bluffing when they say, “I have a guy who brings me weed” – most of us really do have a guy that brings us weed.

Imagine going to a bar and finding out they only sell beer. If you’re looking for a beer then there’s no problem, but for those of us who might want a rum and coke or a vodka-soda, it means going somewhere else – that’s the Ontario cannabis retail industry in a nutshell. For cannabis users, “that somewhere else” is their black market dealer . If the government truly wants to control the supply and demand of marijuana, then they have to show consumers that they are willing to play ball. That means cheaper prices, stronger marijuana, and in six months, the proper implementation of edibles. When I say ‘proper,’ I mean being fully invested in the products that hit store shelves. I understand their trepidations regarding safety and potential overdosing, I really do, but this is the drug business – call it a workplace hazard. It’s time to dip more than just a pinky into this pool. The more consumers are alienated by a lack of products, the stronger the black market presence in Toronto will be. The first step to rectifying the shortcomings of our cannabis retailers, is to go all-in, because from where I’m standing, it’s the black market that looks like the official cannabis retailers of Toronto. 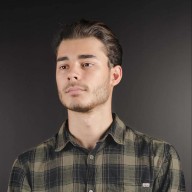 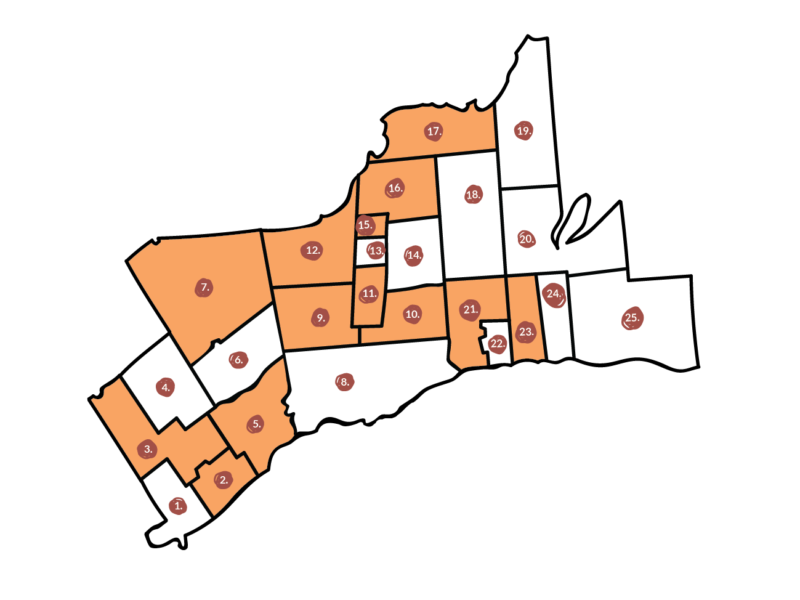