The conversation surrounding stress and mental health among students is often a convoluted one. Dave Kydd, registered psychotherapist and the assistant program head of the University of Guelph-Humber’s family and community social services program is one of the many professors advocating for mental health and suicide awareness amongst post-secondary students. We sat down and spoke to him about his work.

This is a complete unedited transcription of our conversation.

Why is mental health important for post-secondary students?

When a person has a physical injury everybody knows that it’s going to heal but when it comes to issues of someone’s mind that can effect how people behave and when somebody behaves in a way that’s a little bit out of the ordinary that can be off putting for people and uncomfortable.

Do you think the University of Guelph-Humber does enough for student mental health?

Hmm so Guelph-Humber is kind of an odd duck right it’s not really its own thing we piggyback on Humber College and their services when it comes to mental health and counselling. I think we definitely use those as well as we can. As an instructor and an assistant program head I am aware of those services and advise students to go and use those services whenever it’s appropriate. But because it’s in a different building you some times wonder whether that’s an impediment to the students using the services.

But technically we have access to all of the services that Humber has and so I think that’s a good thing. I have heard issues around wait times and there being caps on sessions, so people are not being able to see a counsellor for as long as they would like, I think that’s an issue.

How do you think we should approach mental health issues?

And so let’s say for anxiety at one end of the continuum is the person who gets out of bed feels a little bit off that day and might be a little bit worried about their test but they get dress and brushed their teeth but they are fine for the rest of the day; even though they had that little tiny bit of anxiety, it didn’t really bother them.

On the other end of the spectrum are people who can’t get out of bed, who can’t leave their house and who are suicidal. It’s all part of the same thing but there’s a line in the middle some where that’s kind of arbitrary where the diagnosis happens. And so if you’re over that line you’re diagnosed with an anxiety disorder and if you’re a tiny bit under that line, you’re not.

Do you think Guelph-Humber can do more, and if so, what kind of initiatives do you want to see?

Why I think it’s important to look at mental health as on a continuum is it doesn’t have to be mental health professionals that are making positive impacts on people that are dealing with anxiety.

The better and closer relationships students have with their professors, the better chance there is of dealing with that anxiety. The closer the student body is, the more protected a student can be against anxiety. Every personal relationship that’s built on trust can be protective and positively impactful on anxiety.

Do you think professors and faculty should have mental health or counselling training?

I think that always helps but the other thing is and there are people who disagree with me but I think we know a lot less than we think we know about mental health. I think we’re over confident in terms of how much we know. And so when you jump in and start advising and you don’t know as much as you think you know, that can be a problem.

So there is some really basic training that I think would help people, as far as how to notice when people are struggling and resources that are available to point people to. But I think the basic relationship skills are the ones that are really important to help students when they are dealing with these sort of things. Being empathetic and sympathetic and being able to listen well–supportive listening, where you’re not bombarding somebody with advice but you’re communicating that you’re understanding them.

I think if faculty were to be trained in those skills, and many if not most have those skills already, [but] I think just being told that using those skills would be helpful, will make a positive [difference] for students.

When do you think a professor or a friend of a student should intervene when somebody has depression or anxiety?

This is the other thing. The problem is that when we medicalize anxiety and say that it‘s kind of like a disease, then it becomes this black box that freaks everybody out. [But] if we look at it as being on a continuum, then I can say all right, I have felt a little bit anxious this morning and so I probably know something about what this person feels like.

Even though they’re way more anxious than me, I know what their anxiety feels like in a small dose. And so I can get in there and be a good friend even though they are suffering from anxiety. It’s not as if somebody is going to become fragile and they’ll shatter into a million bits if you just try to be a good friend to them.

So I would encourage people not to back off, but to approach friends who look like they’re struggling, and for faculty to approach people, and just to have conversations and communicate human warmth to those people because that’s what everybody needs, especially those who are suffering a little more, that’s what they need.

But then there are a few little things, not 10, not 20, not 100, but just maybe a handful of things that if people know, it can be a little bit helpful as far as what to counsel somebody, what to do if somebody’s suicidal. There are two or three things that are important to do. If you know those things, you are not going to fix somebody but you are at least going to point them toward safety.

What are some things people can do for those who are so far on the spectrum that they feel suicidal?

There are whole day-long courses that you can take dealing with folks who are suicidal. One of those courses is called Applied Suicide Intervention Skills, which has been offered to quite a few of our students, if they want it.

I have a clinical practice so I talk with clients often who are feeling suicidal, and we talk about a three-part, a three-level safety plan.

So the first level would be one in which somebody just needs a little extra support, so they can talk to a friend about it. It’s just getting those emotions out that will allow them to get back to the comfort level they need to go on.

But if that’s not doing it for them, there’s online crisis services or telephone crisis services that they can avail themselves of. That’s for that second level, where they they need a little bit more professional help, but don’t need to be contained in a hospital.

Those are kind of the three levels that I talk about. They are really simple but they give people an idea of what to look for and how to act on each one of those levels.

And it’s always, always, always better to be safe than sorry. People are always reluctant to call the police, but the police will never give you a hard time for doing it. Your friend at the time might even be a little bit upset than you’ve done that; usually not; I’ve never had that experience that somebody is upset that I have called because they basically knew that they were in trouble as well; but even if they are a little bit upset at the time, the [benefit] far outweighs the cost of not calling and then having something happen.

Do you have anything you would like to add?

I think one thing that’s really clear to me in my practice and in the literature is that mental health issues are really on the rise amongst students, not just at GH but all over the place, going from young kids all the way up to university students.

Especially anxiety seems to really be rising. And so I think the more comfortable instructors can get with that, and how to deal with folks with anxiety, the better everybody will be. It’s really easy to get scared of anxiety, but the more you know, the less scared you get and the more comfortable you get talking to people who are dealing with it.

So that’s the main thing I’ve noticed is the increase with anxiety. And oftentimes what I have found has happened is that students have been diagnosed with anxiety before they hit university, or they may not have been diagnosed with it but they know they’re sensitive to it. But they think, it’s all right, things have been okay for a while, but then they hit midterms, or final exams, and when they’re more vulnerable that’s when the anxiety comes out.

So I think it’s really important, if possible, for students to be in contact with accessible learning services, so their instructors know what’s up and can help.

Because as an instructor, if I don’t know, I can’t help. If I find out at midterms or even at finals there’s so much less I can do than if I find out earlier on. So the earlier they can speak about it, the better. 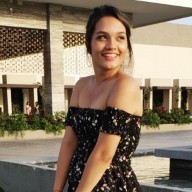 I am a journalism student passionate about investigative and foreign news. I have written many articles from Ontario survey to address sexual violence on post-secondary campuses to From Mimico Branch Asylum to Humber College. I also own my own photography and videography studio, and work with children with mental disabilities. I do my best work on the way to exotic destinations such as Singapore, Malaysia and Mexico. I love reading crime novels, listening to horror podcasts and staying up to date with the latest news.

The Keto Diet: Is it for you?