All I wanted was an answer to what I thought would be a simple question.

Why was the Draeger DrugTest 5000 chosen to be Canada’s first approved roadside drug testing equipment? From the moment it was approved for use it has faced heavy scrutiny.

Concerns were raised about the length of time it took to process a sample, the relatively high optimal operation temperature and a study from the Journal of Analytical Toxicology that showed it gave high rates of false positives and negatives.

Unfortunately, I never got a good answer for why (besides the generic “it fit within the recommended guidelines,”), and I walked out with more questions than I went in with. However, I did learn one thing: there is a deep lack of transparency within the process for approving roadside drug testing equipment.

I spent two months reaching out to people and researching the DrugTest 5000. Spending a few hours a week browsing through an “Evaluation of Dräger DrugTest 5000 in a Naturalistic Setting” or the “Final Report on the Oral Fluid Drug Screening Device Pilot Project” became the norm for me. When I wasn’t reading these reports I was sending out emails to various government, volunteer and corporate institutions. On the rare occasion that they got back to me, I’d bounce my questions off them, often time to no avail.

The emails I received from these organizations can usually be boiled down to one sentence: “Your question regarding the use of the Draeger DrugTest 5000 is best directed to [insert government organization here].

However, through my correspondences with these organizations, I came across a few interesting points. The first being Public Safety Canada’s pilot study to test the usefulness of roadside drug testing equipment by law enforcement. The study had four main objectives:

The study used two different drug testing brands in their approach, the Securetec DrugRead and the Alere DDS-2, neither of which were eventually approved for use, while the DrugTest 5000, a device that has been unused so far in Canada, was. I tried to understand the differences between these three devices, and the results are quite striking. While the DrugRead has a similar optimal temperature range to the DrugTest, the DDS-2 has a significantly wider range of operational temperatures. While the DrugRead and DrugTest can not go below 0 degrees Celsius, the DDS-2 is capable of operating in temperatures as low as -25 Celsius.

Furthermore, the DrugTest 5000 does not meet half of the standards set by Public Safety’s study. They recommended that device standards include “a high reliability in extreme cold temperatures, capacity to analyze samples in 8 minutes or less, capacity to backup and store analysis results, capacity to capture and/or report various types of data (e.g., officer name, location, date/time, etc).” Of these recommendations, the DrugTest 5000 only meets the last two, as its lowest operating temperature is 4 degrees Celsius and can take up to ten minutes to analyze.

So how could a device that doesn’t meet all the recommended device standards be approved for use? Well, the answer is because it does.

While Public Safety made these recommendations, the body that actually creates the standards is the Drugs and Driving Committee, also known as the DDC.

The DDC is “a volunteer committee that acts as an advisory body to the federal Department of Justice with respect to issues of drug impaired driving,” and their device standards were just a little bit different. They went into a lot more detail with their standards, so I’m going to focus on the parts that apply best here. The first is the temperature range. The DDC’s standards state that “Drug screening equipment shall be capable of being operated at an ambient temperature range of at least 5oC to 35oC,” conveniently just high enough for the DrugTest 5000 to be approved.

Second is the time it takes to analyze samples. While Public Safety recommended 8 minutes or less, the DDC requires “Drug screening equipment shall indicate, within 10 minutes from sample insertion into the reader, whether a subject’s oral fluid is positive or negative for each of the individual specific drugs of interest,” also conveniently allowing the DrugTest 5000 to squeeze through. You may be asking yourself “well, what constituted the change between Public Safety’s recommendations and the standards set by the DDC?” and to that I say I had the same question, but unfortunately could not ask it, as the DDC does not speak with media.

And with that my journey came to an ultimately unsatisfying end. I walked in wondering why the DrugTest 5000 was approved as the first roadside drug testing equipment in Canada and walked out with unsatisfying answers for the questions that I sought out, and I now have even more questions than I started with.

How did the DDC create their device standards and why are they different than the conclusions Public Safety came to? Why does an organization that acts as an advisor to the government not permit media interviews? Why were neither of the devices used in Public Safety’s pilot approved for use?

These questions are simply the tip of the iceberg, and are indicative of a larger problem. There is a lack of transparency in the process for choosing drug testing devices when there is no real reason for it. It should not be this hard to find a satisfying answer to such a simple question. Will things change? We can just add that question on to the pile. 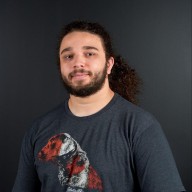 Editor-in-chief of the Emerge online magazine. Loves to talk about public policy and is also a huge research nerd.