The story begins back in 1971 in San Francisco’s Bay Area. Like many cannabis-related stories, this one includes a group of high-school students. The Waldos, as the students called themselves, heard that a U.S. Coast Guard member had abandoned a crop of cannabis plants somewhere around the city. They found a map that allegedly lead to the crop of abandoned cannabis plants off highway 420 in San Francisco.

They never found that fabled spot, but from that point on the group used “420” as their code to signal to each other that they would blaze up after school. Originally, the term used between the group members was “4:20-Louis,” in reference to the statue of Louis Pasteur they would meet at, but they eventually dropped the Louis, resulting in the term becoming what it is today – 420.

In the present day, cannabis lovers celebrate their favourite plant with marches, festivals, smoke-outs and protests all around the world on April 20. The worldwide phenomenon has garnered the attention of corporate institutions, big brands, governments and public institutions.

Toronto has openly embraced cannabis culture, holding massive festivities for every 420. From comedy fests to public rallies, Torontonians are never short on cannabis-related entertainment in April.

These days, the term “420” is synonymous with smoking cannabis. And this month, forty-eight years after the Waldos first went on their green treasure hunt, Canada is celebrating its first year of 420-related activities and celebrations where cannabis will be legal. Some are wondering how legalization will impact future 420 celebrations. Meanwhile, have you ever wondered how it all started?

In an interview with the History Network, Steve Capper, another Waldo, said, “we’d always be backstage running around or on stage and, of course, we’re using those phrases. When somebody passes a joint or something – ‘hey, 420.’ So it started spreading through that community.”

The term spread through the Grateful Dead fan community, often called Deadheads, and was eventually discovered by High Times reporter Steven Bloom in 1990. Before a Grateful Dead concert, Bloom was given a flyer describing 420, which he sent to the Huffington Post. From there, 420 went international.

What’s next? Andrew Hathaway, a professor at the University of Guelph who studies illicit drug use and Canadian drug policy, thinks that celebrations may become toned down with legalization.

“Now that it’s become more of a mainstream, cultural-wide phenomenon, I think to a certain degree that takes away from some of the quality of the original event that otherwise was there,” he said.

This year’s 420 celebration in Toronto is set to include a rally at Yonge-Dundas Square, a film festival, a flea market, live music and much more. Though the official 420 event is set to begin at 10 a.m. on Saturday, April 20, the parties get rollin’ earlier with several cannabis-themed events taking place the night before. A full list of events is available on the 420 Toronto Twitter page (@420Toronto) or on the 420 Toronto Facebook page. 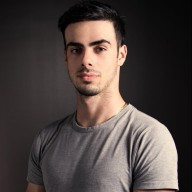